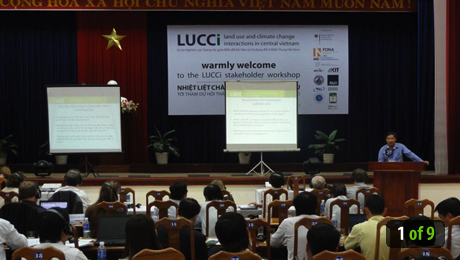 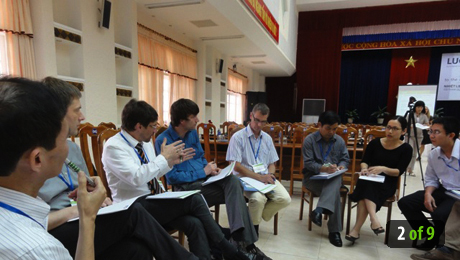 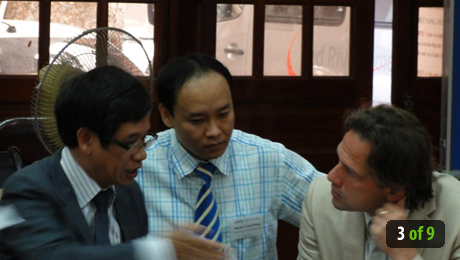 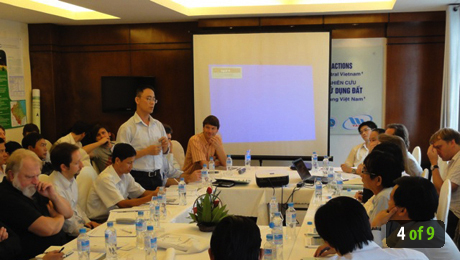 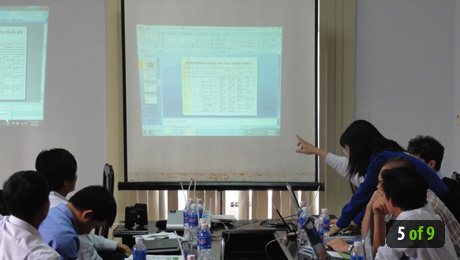 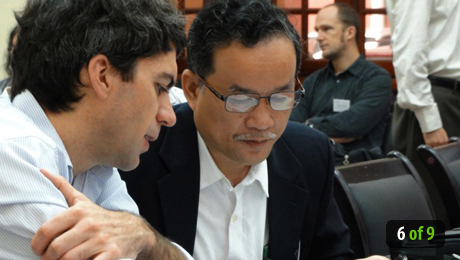 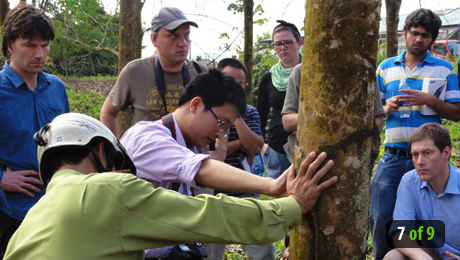 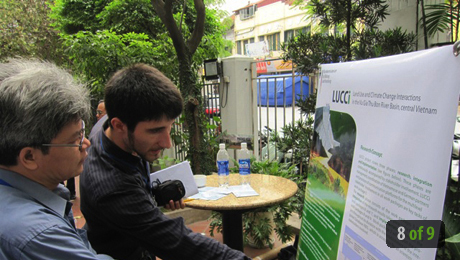 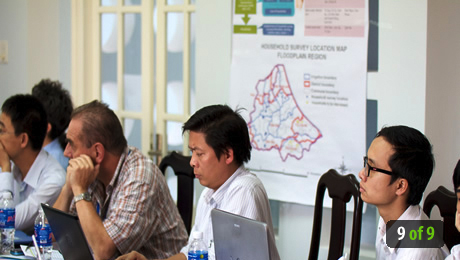 Coordination and collaboration with German and Vietnamese partners and stakeholders

ITT and VAWR as coordinating units carried out the project management, implemented the collaborative scientific concept of the project and facilitated the communication between the German and Vietnamese partners as well as with the involved institutions and stakeholders. Their task was to assure that the objectives of the project were met and to support the involved German and Vietnamese research teams while conducting research in Vietnam and in the study region in particular. ITT scheduled and supported the overall work flow, organized and conducted yearly project workshops in Germany and Vietnam, realized the project communication, assured standard management tasks and finance controlling.
The establishment of stakeholder platforms for different administrative levels was another important task.

Different objectives have been achieved:

Click on the single graphic modules to find out more: